today...well, today is a very special lady's birthday. and honestly, I so wish I could be with her today to go grab coffee and give her birthday hugs and gifts. but unfortunately we live hundreds of miles away from each other.

this girl, well, she's quite the character. she's funny. she's sarcastic. (just like me!) she has a huge heart. she loves Jesus so so much. she struggles daily and she still smiles. she loves running and coffee and One Direction...specifically Niall Horan. she may be a wee bit obsessed with that blonde Irishman. oh, you want picture proof? here ya go. 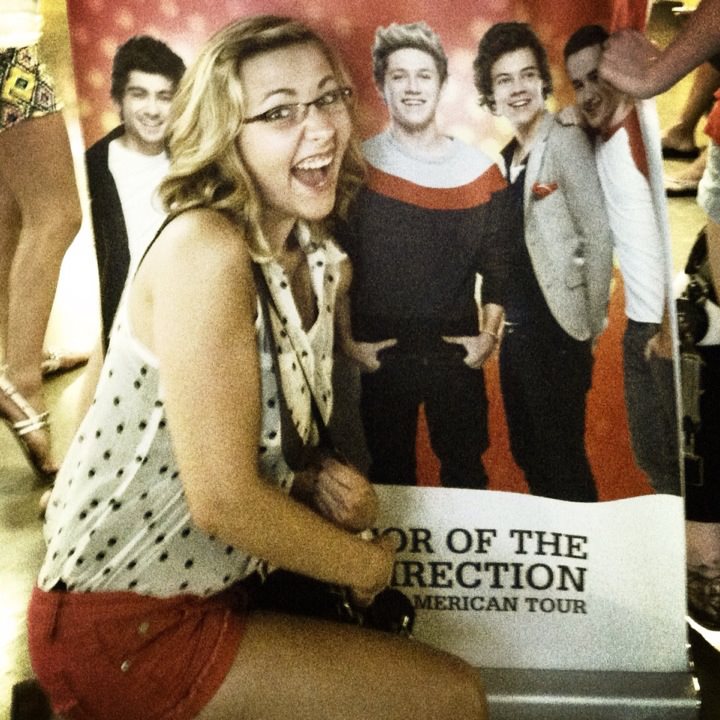 she and I "met" via Instagram. she sent me a request to follow my IG. I clicked on her profile to check her out. she had this witty bio written out, and I learned one BIG thing from that witty bio. Kenzie and I are. twins. except...she's younger than me...and we don't look anything alike. and she lives in Minnesota and I live in South Carolina. but other than that, yep, we're twinners. 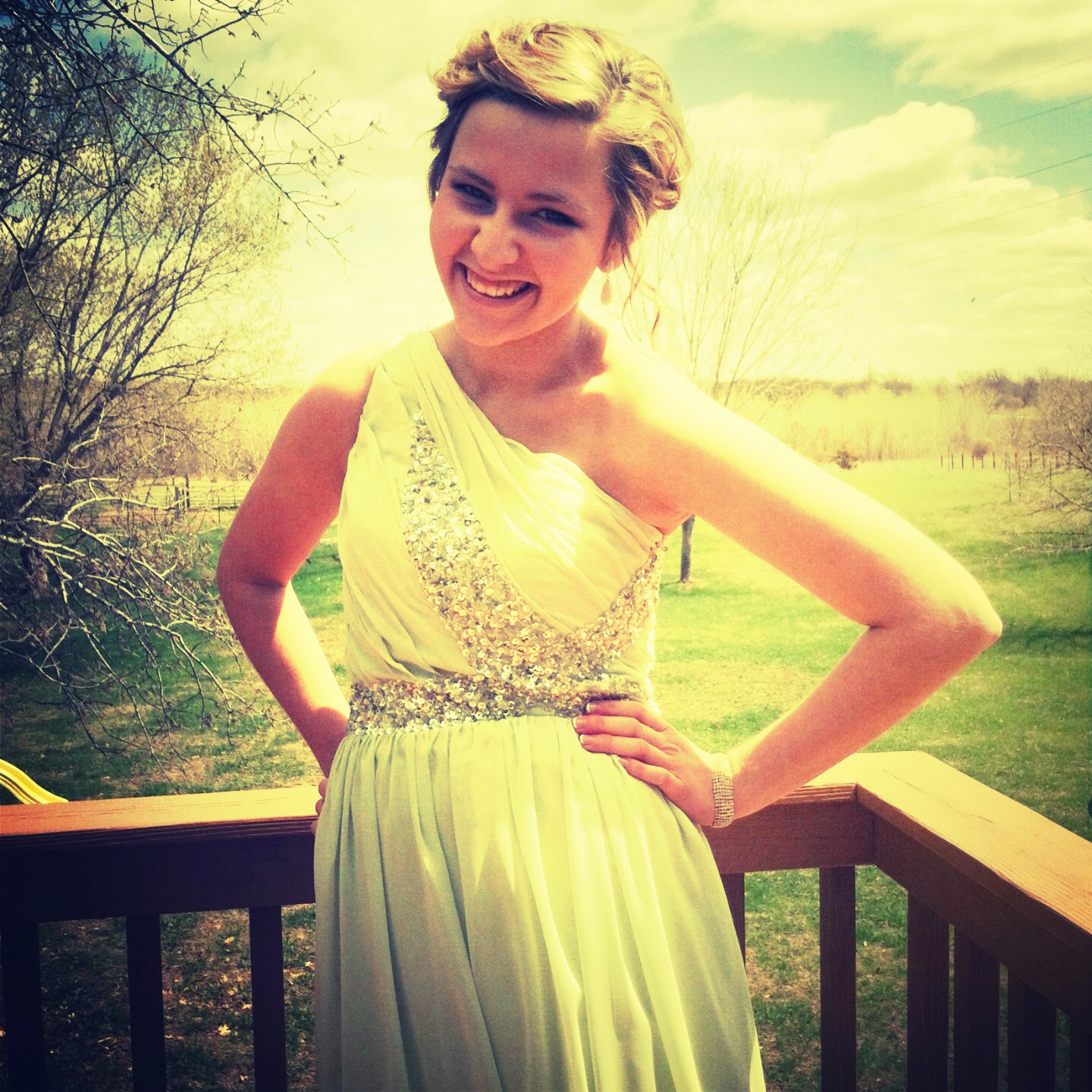 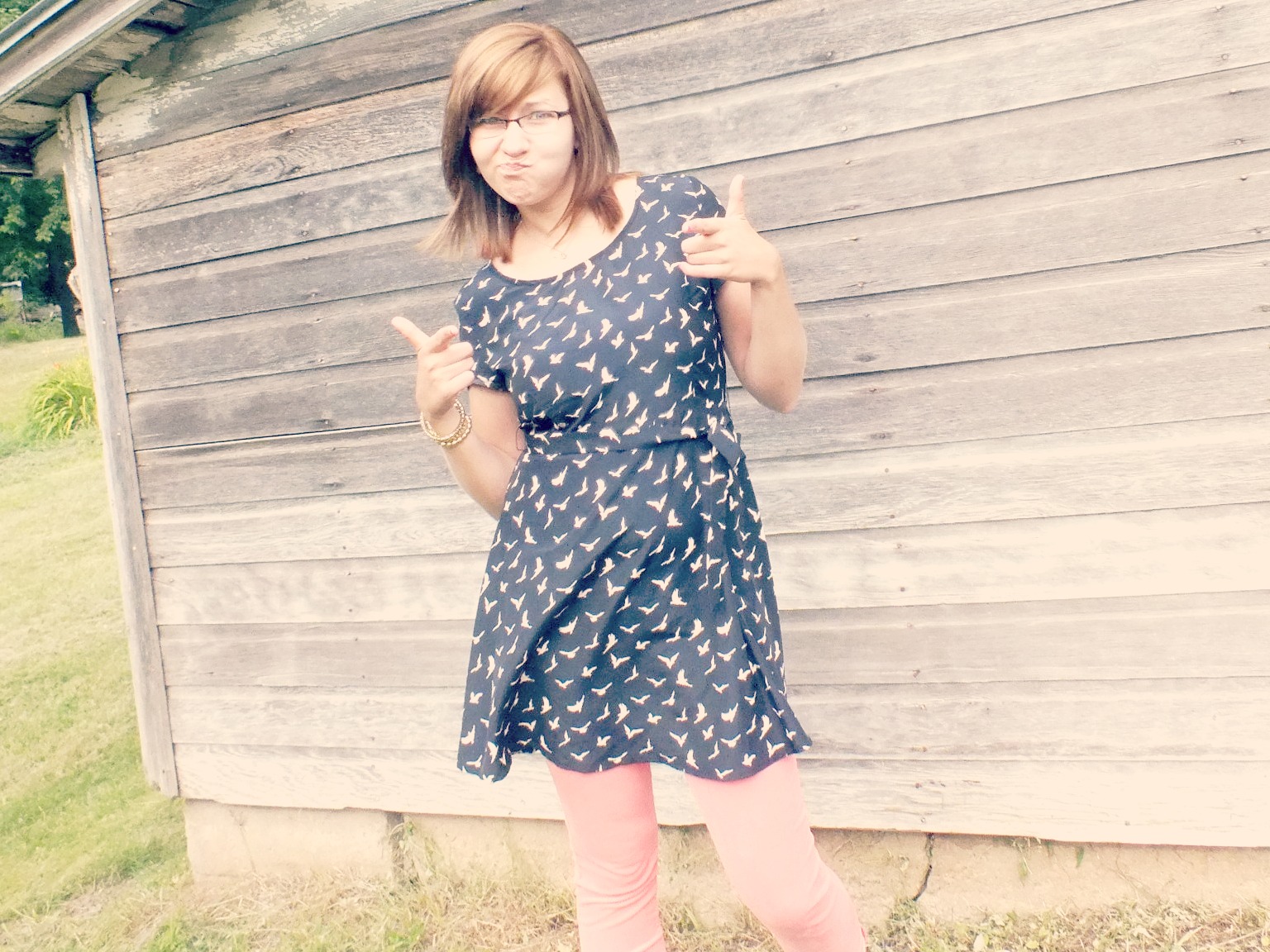 so she's basically gorgeous and funny and my hero. this girl struggles with Juvenile Arthritis. some days she hurts so bad, and she's real about it. she admits that some days it kills her. but the next day, she is smiling again, taking small steps towards heaven, where she can run her heart out and not worry about the pain.

she is such a great girl. really.

Kenzie, Kenz, Kenz. girl, I can't tell you how glad I am that you started stalking  following me on Instagram. I am so so so thankful for your friendship. someday we are gonna meet up and jam in one of our cars to really loud music, and then drink way too much coffee and just have a great time. can't wait.

sooooo...today as you're turning the big 1-8, remember that I love you very much! and hope today is awesome and totally rocks your socks off. LOVE YOU! xoxo.

slovakia, q and a

so. friends. I've been writing this Slovakia recap. and its been great. thanks to those of you who have been reading along. it means so much to me.

so here's the thing. do you have any questions? concerning the trip, in any way? like....

how much it cost? what we ate? what the stores were like?

yeah...anything. just leave a comment here... or email me your question at betterthatway[at]gmail.com
and maybe, just maybe I'll do my answers in vlog style. but I make zero promises on that one.

Denis showed up on day one. I don't remember anything about him from that day. I was busy with the other kids, especially one or two of the troublesome boys. however, he made his presence known on Tuesday, and every day after that.

it was quite interesting having a troublesome boy in my group. not interesting because I disliked him, but interesting because we didn't speak the same language. it made it difficult for me to get anything across to him. tone of voice didn't usually work with him either. he was a bit of a problem. he would run away in between classes and wouldn't come back. I would have to get Filip or one of the David's to bring him to our classroom. they usually would have to just grab him and force him back into class. we were always lucky if he stayed in the first time. usually it took two or three tries.

he came every morning, wearing a black hat. he wouldn't let anyone else touch that hat. if you tried, he got mad. (I speak from personal experience here). he had jet-black hair and a cute, lop-sided grin. 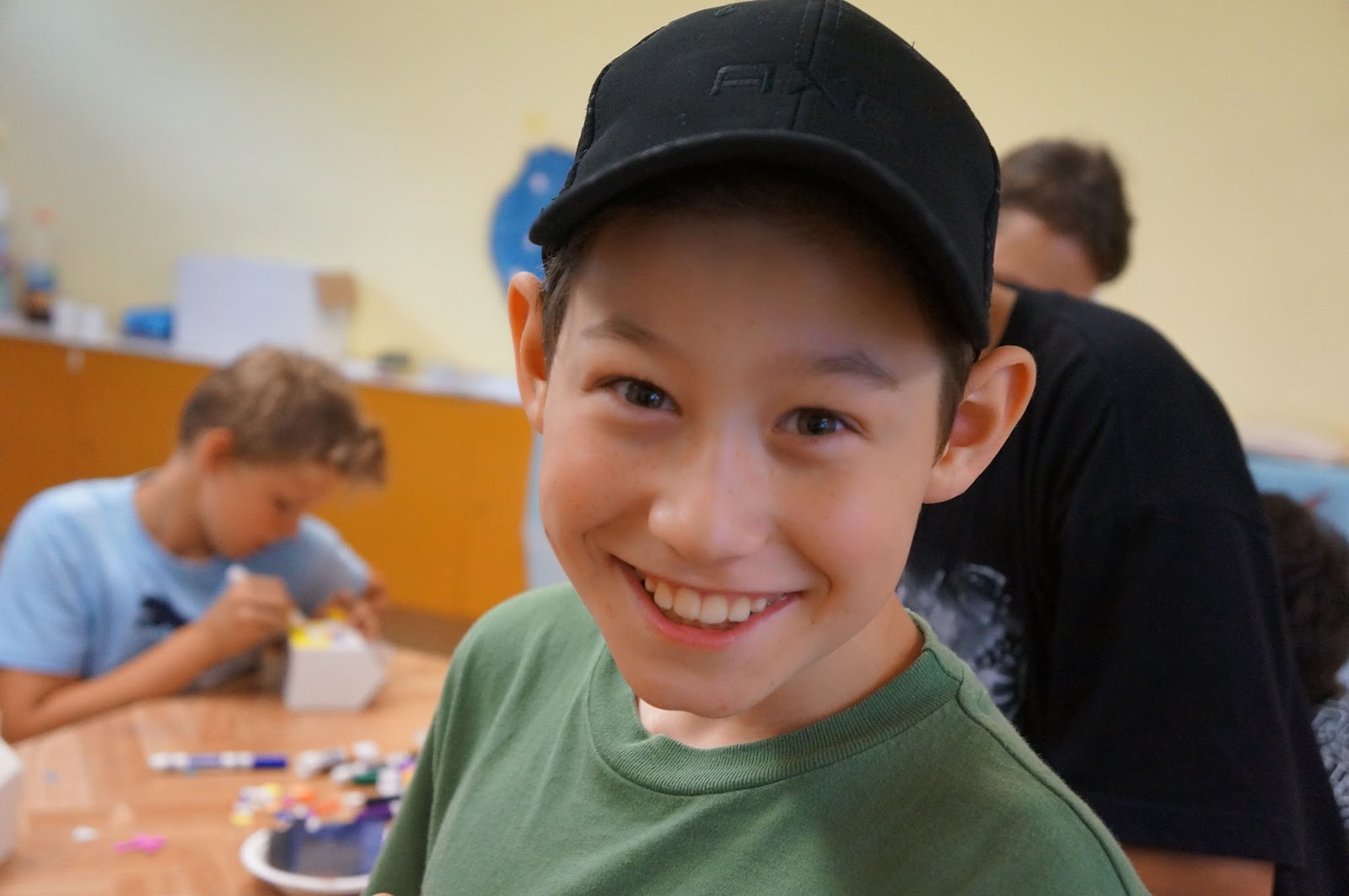 somehow, as much trouble as he was, I couldn't be mad at him. yeah, he irritated me at times, but I loved that kid. he biked to camp every morning, and his grandmother would come in the afternoon and they would walk or bike away from school. He looked just like his grandmother, her hair as jet black as his and with the same smile. I don't know if his parents were around, but I never saw them.

he caused a whole lot of trouble in class. it didn't matter who he was sitting beside, he would cause some sort of ruckus. I tried everything, having Michaela fuss at him in Slovak, putting him at a table with the girls, taking away his stuff, but nothing worked. it wasn't until the last day that he didn't cause me any trouble. he sat himself on the floor of the classroom and didn't say anything. he listened to the lesson and didn't bother the other kids. it was a miracle.

Denis was the only one of my kiddos who made it a point to tell me goodbye after camp each day. he would try to tell me goodbye, but it never worked out because of the language barrier, but he would make it clear that he was leaving. usually I walked outside with him and watched him climb on his bike as his grandmother stood by his side. he would turn around and wave and then be off.

truth is, I miss Denis. I miss his grin. I even miss having to chase him down in the hallway. I pray for Denis a lot, too. hopefully, I'll see that kid next summer.

slovakia, part 12: to the pool we will go

wednesday! it was July 3rd and we were embarking on an adventure. camp started out that morning as usual, with lots of chasing my boys through the hallways; gratefully accepting assistance from Filip, David C. and David M; lessons, translating and then lunch time. after lunch we all piled gathered outside and started walking. we walked and tried to keep the kids from getting run over and then we finally reached our destination, with every kid in camp. 62 kids. 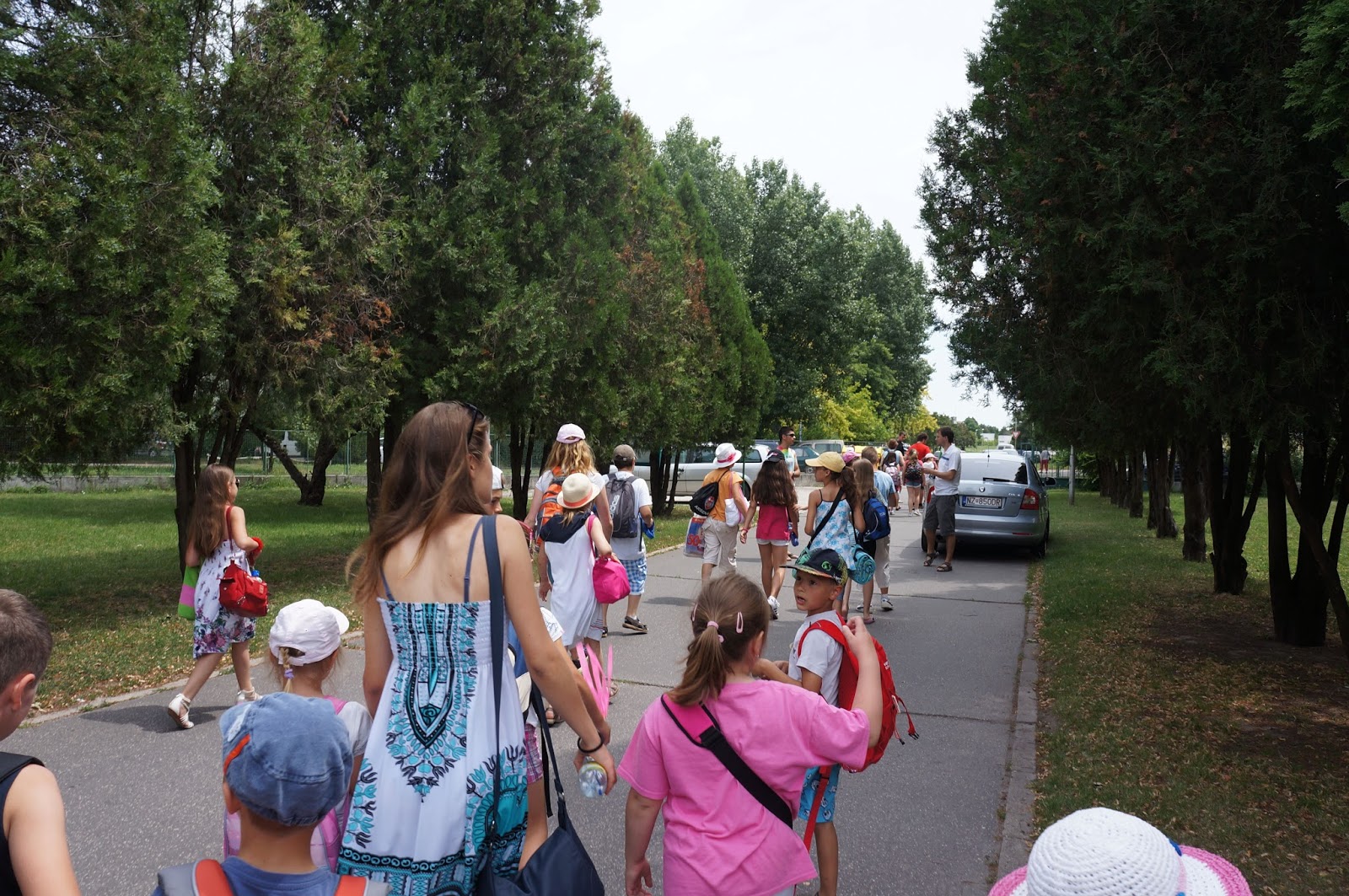 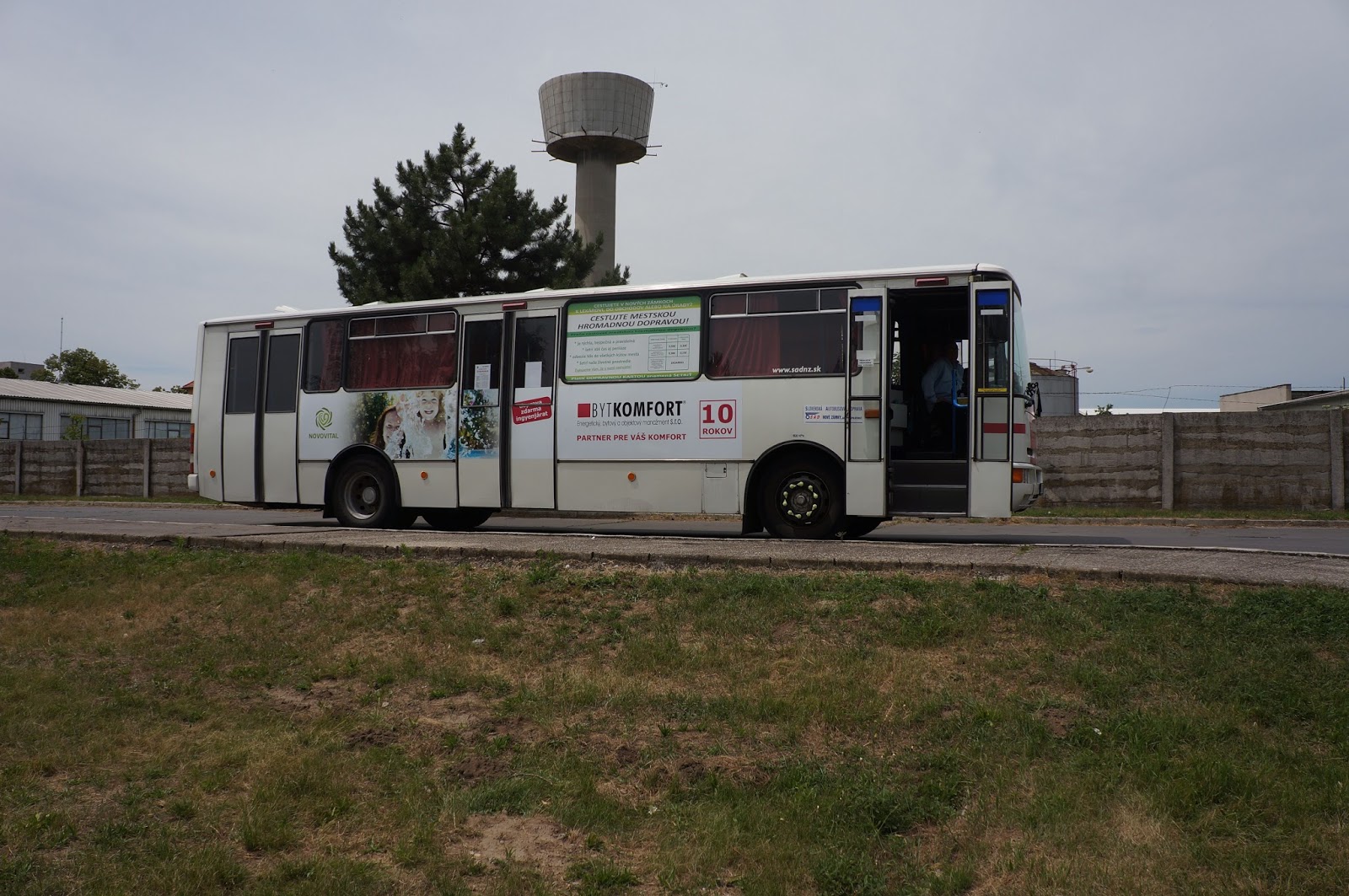 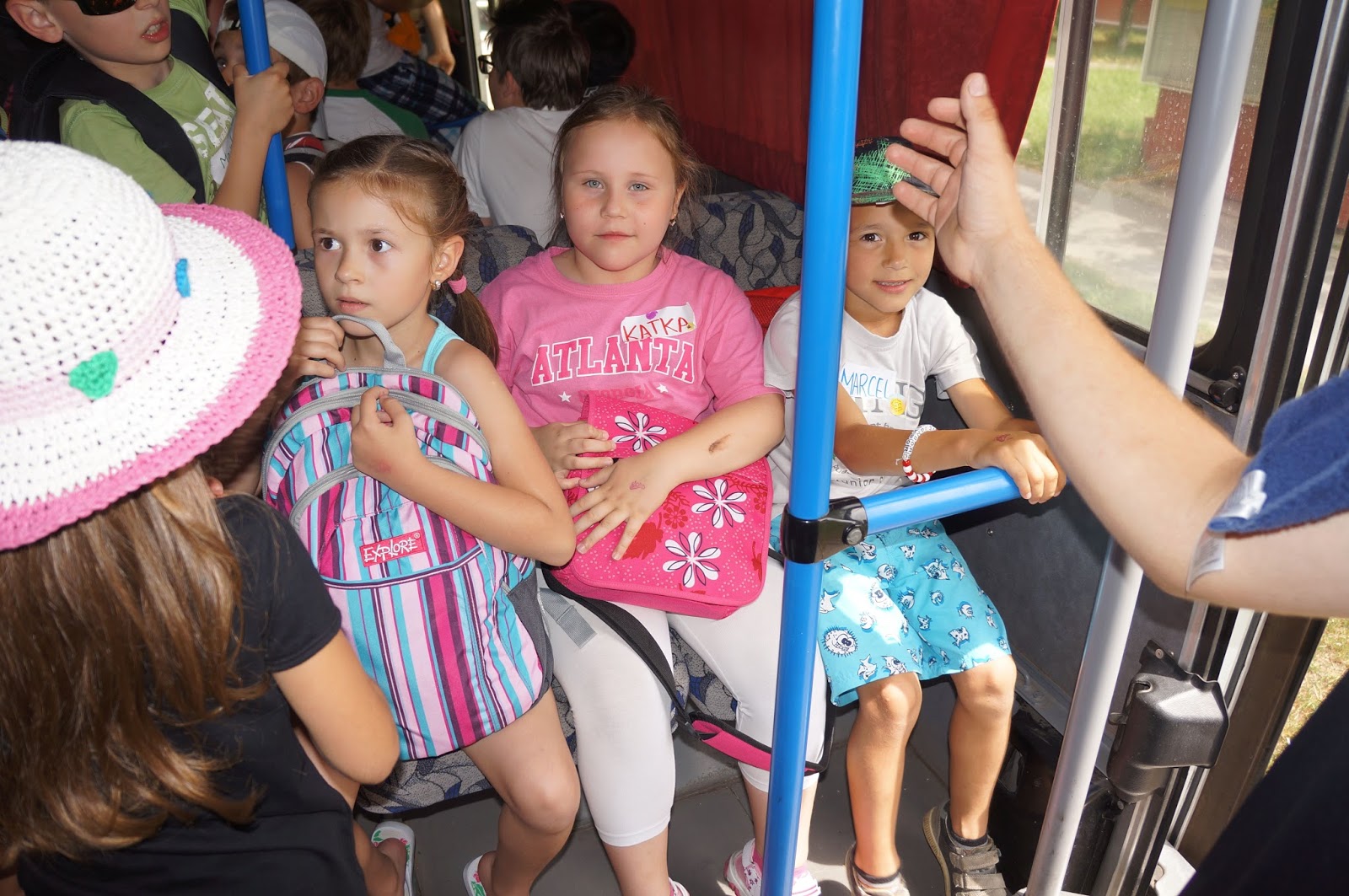 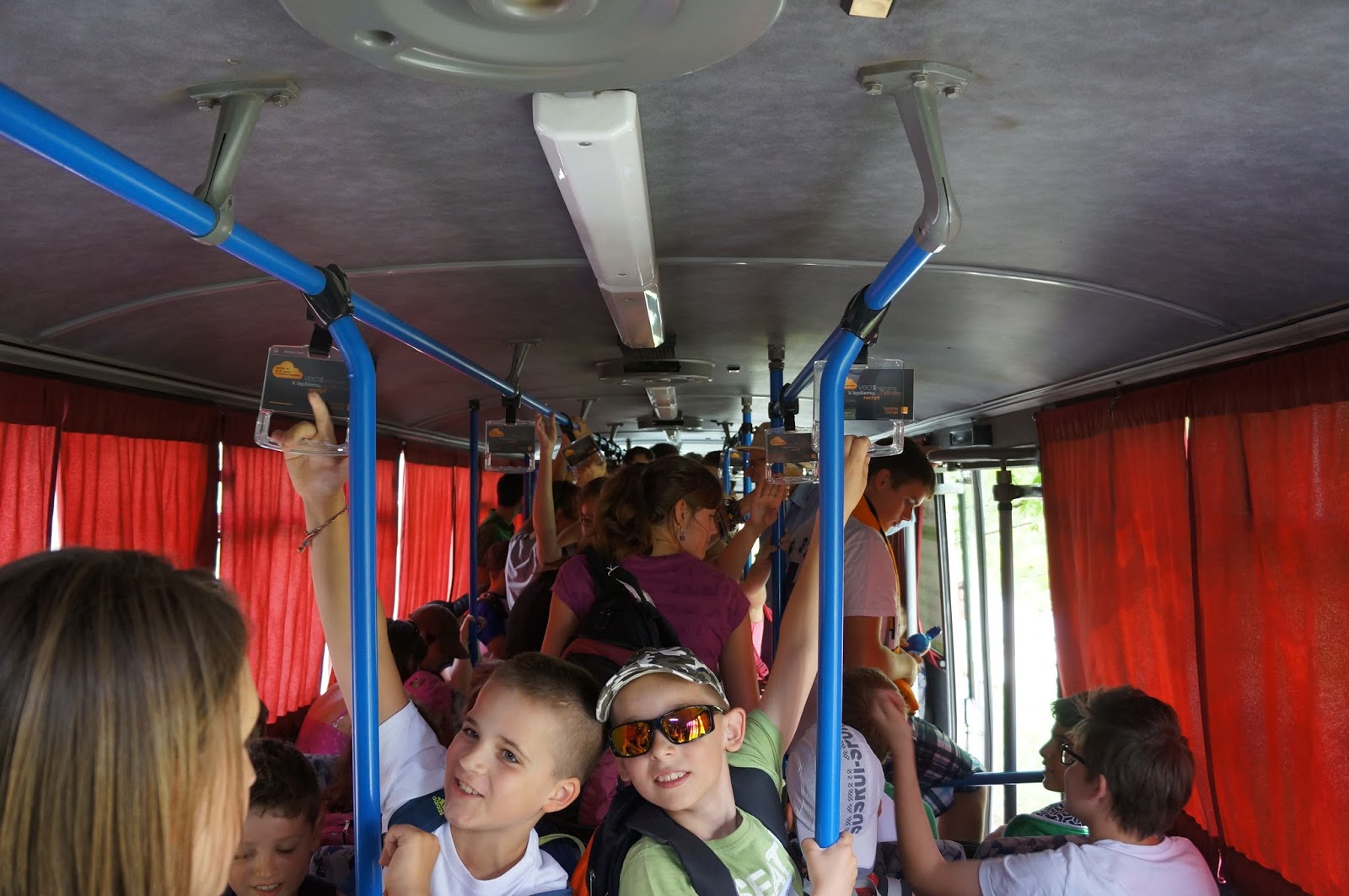 now, let me just take a moment to discuss the seating arrangements in Slovakia. I only wore a seatbelt one time the entire time I was there. partly because, most of the time, there wasn't a seat belt in the seat I was in. partly because we just didn't wear them. so anyway...moving on...

we arrived at the pool and everyone changed into their swimsuits and applied sunblock. I miraculously didn't get burned that day. 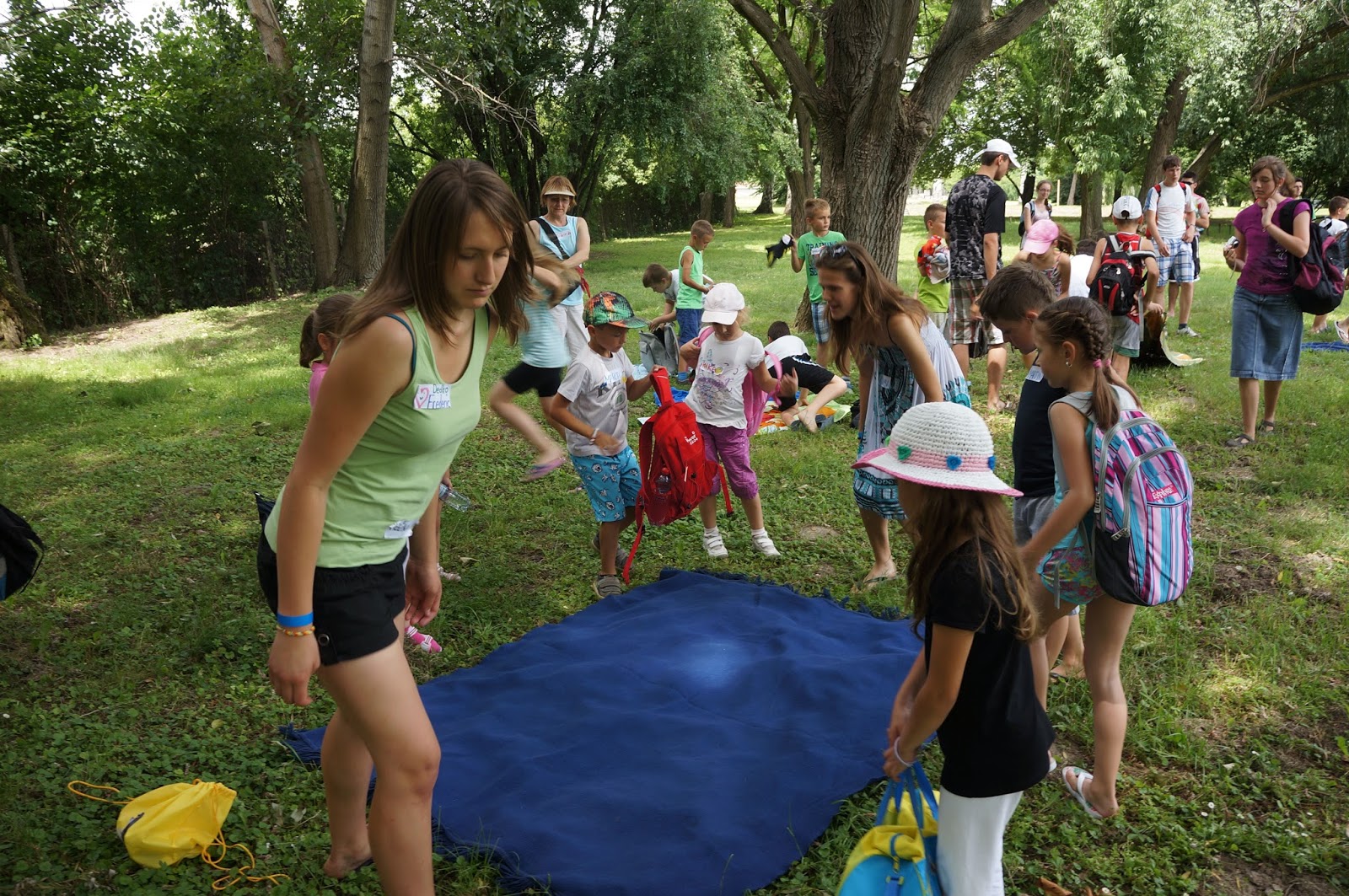 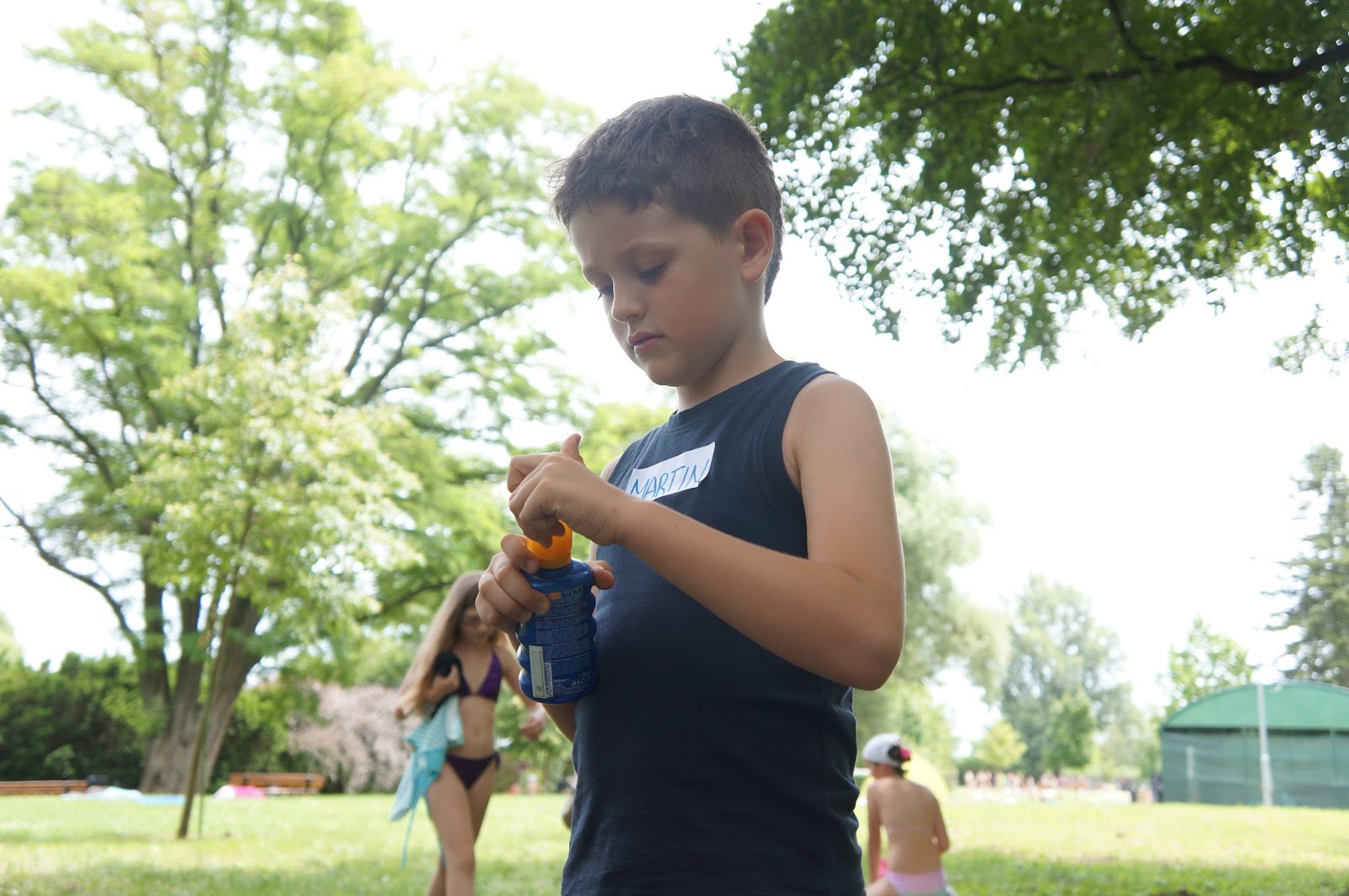 there were three pools. and there were hundreds of people in those three pools. (that's not an exaggeration, I swear). and we had to at least attempt to keep an eye on our kids. make sure no one drowned or died or killed anyone. haha! 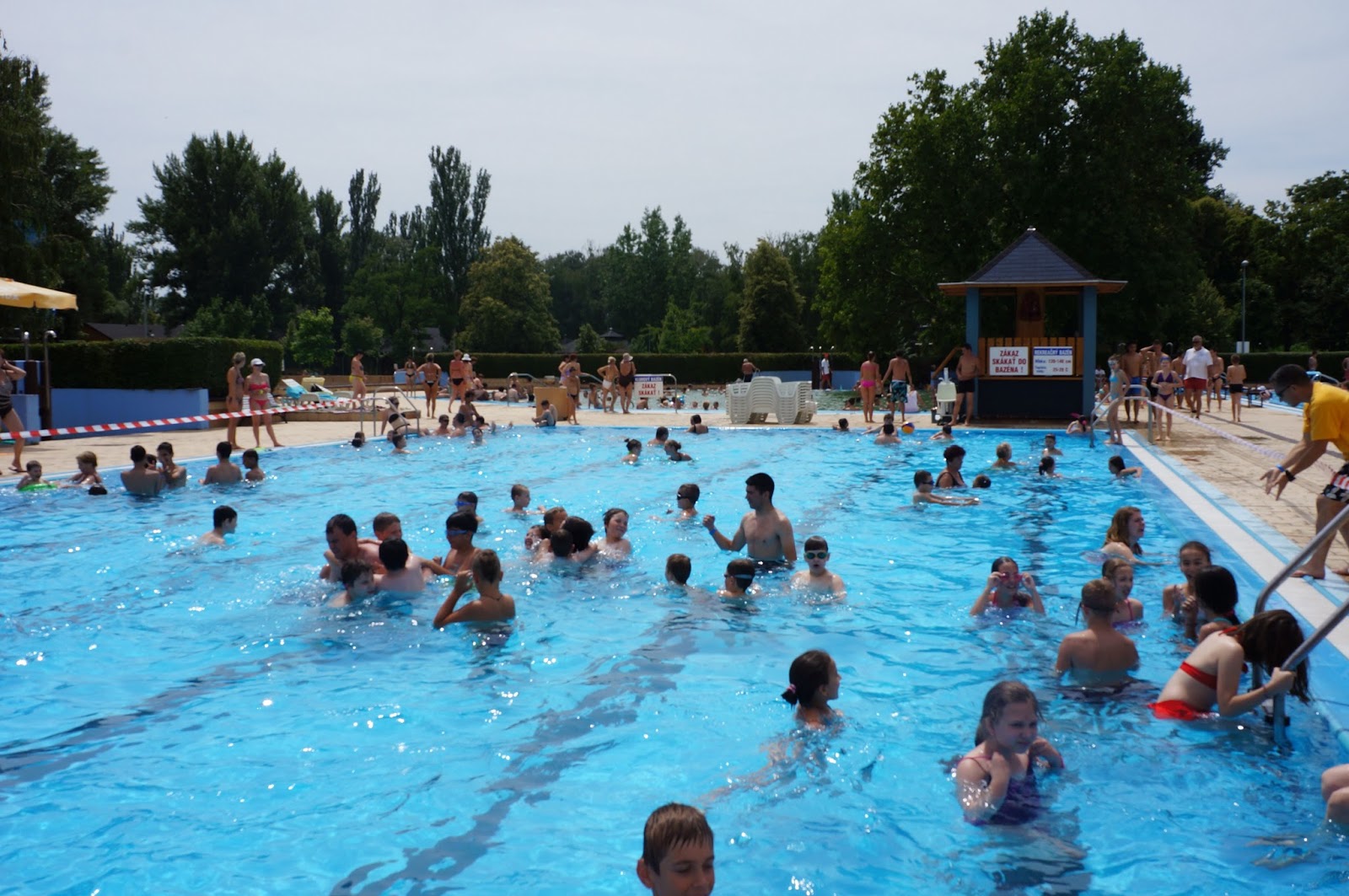 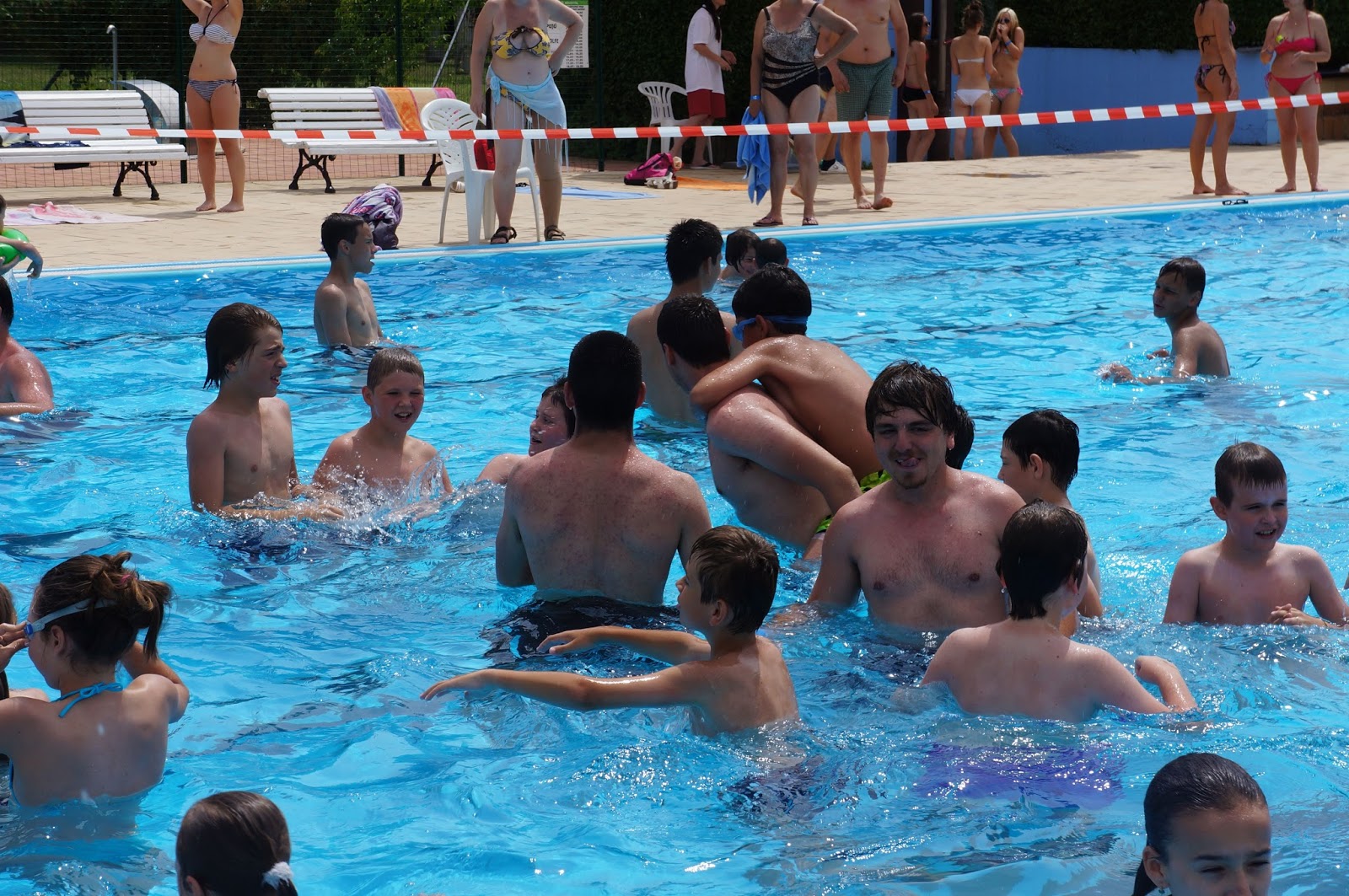 there was a really big, deep pool. a small, not as deep pool and then a heated pool. the heated pool was by far my favorite. it felt so so good. plus, if you got in either of the other pools, the kids immediately tried to drown you. they liked to dunk, and then not let you back up. not my favorite past time.

we were there for about 3 hours. then we managed to gather all our kids up and head back to the school. we arrived back at school with 62 kids, and they were the same 62 kids we left with! we dismissed and then all went back to "the ranch" to prep for a church service that night. 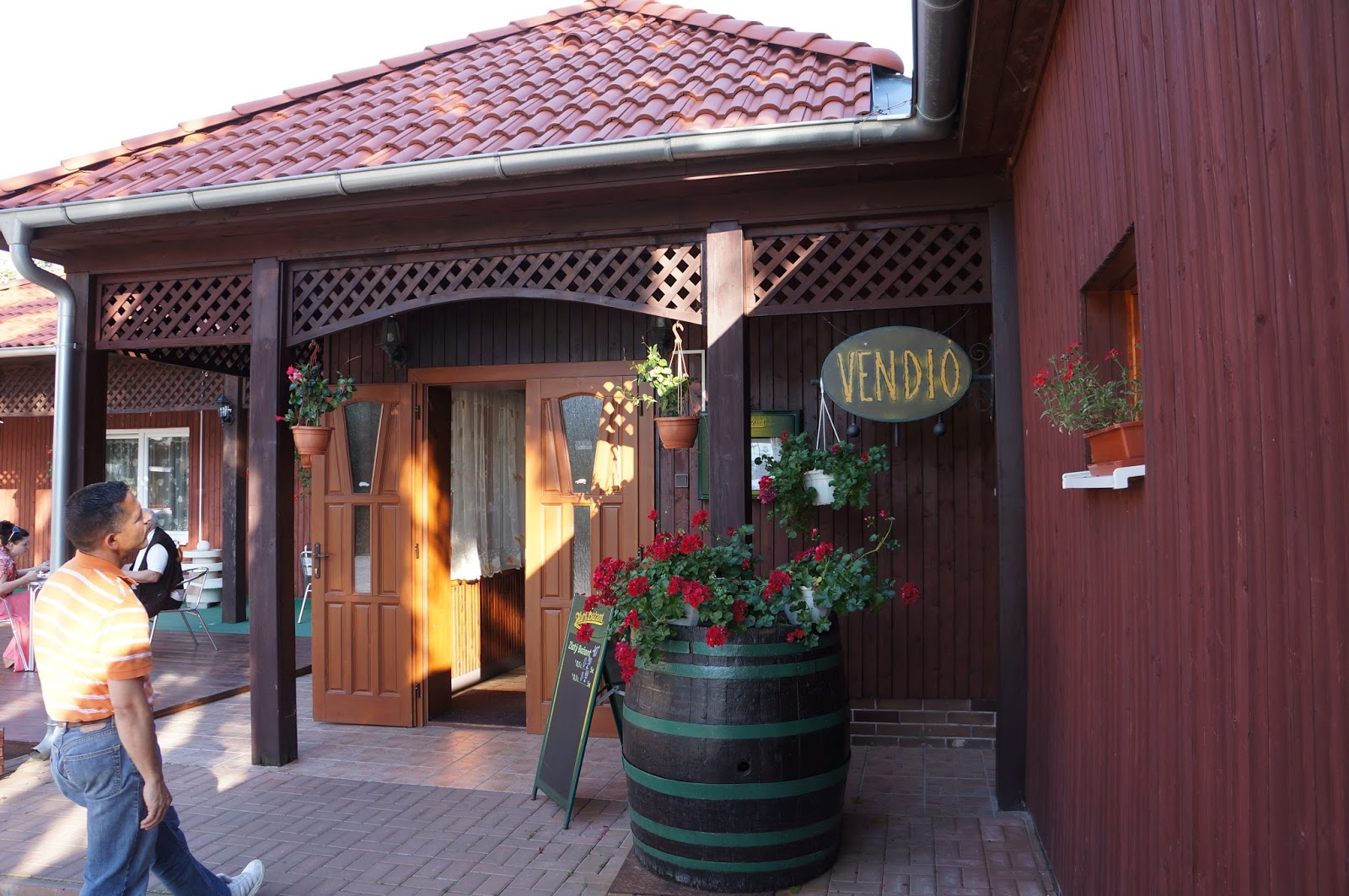 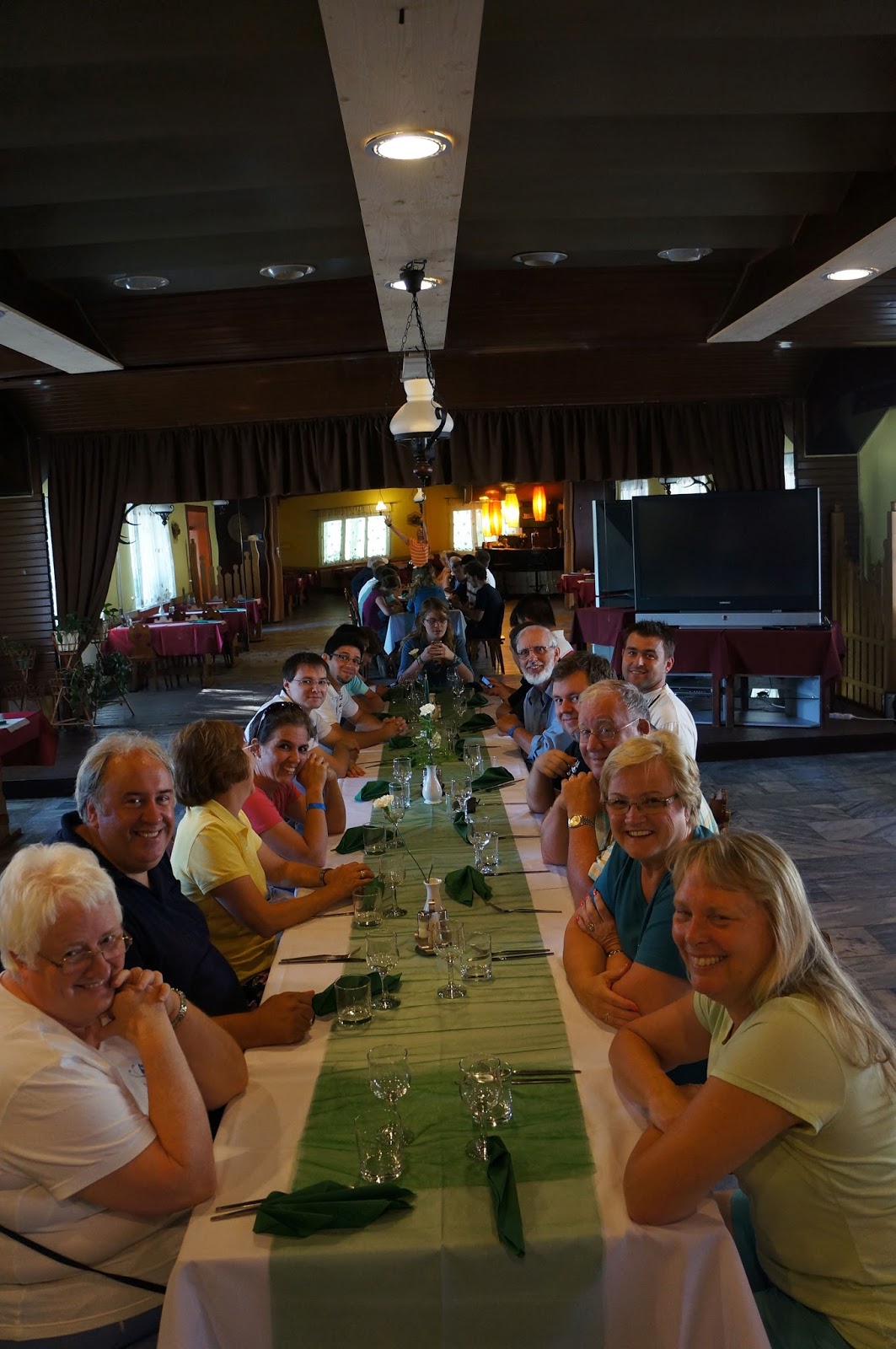 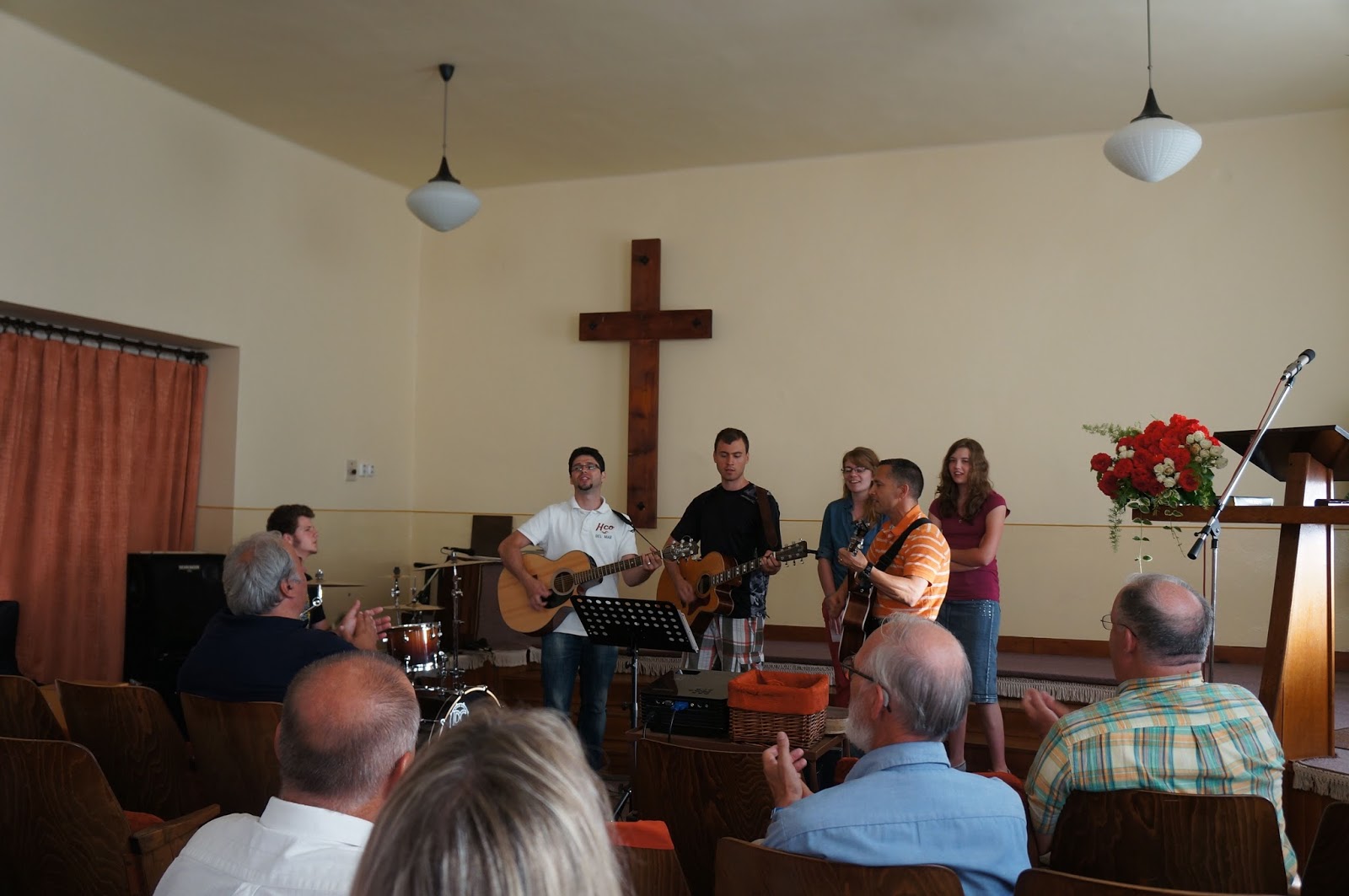 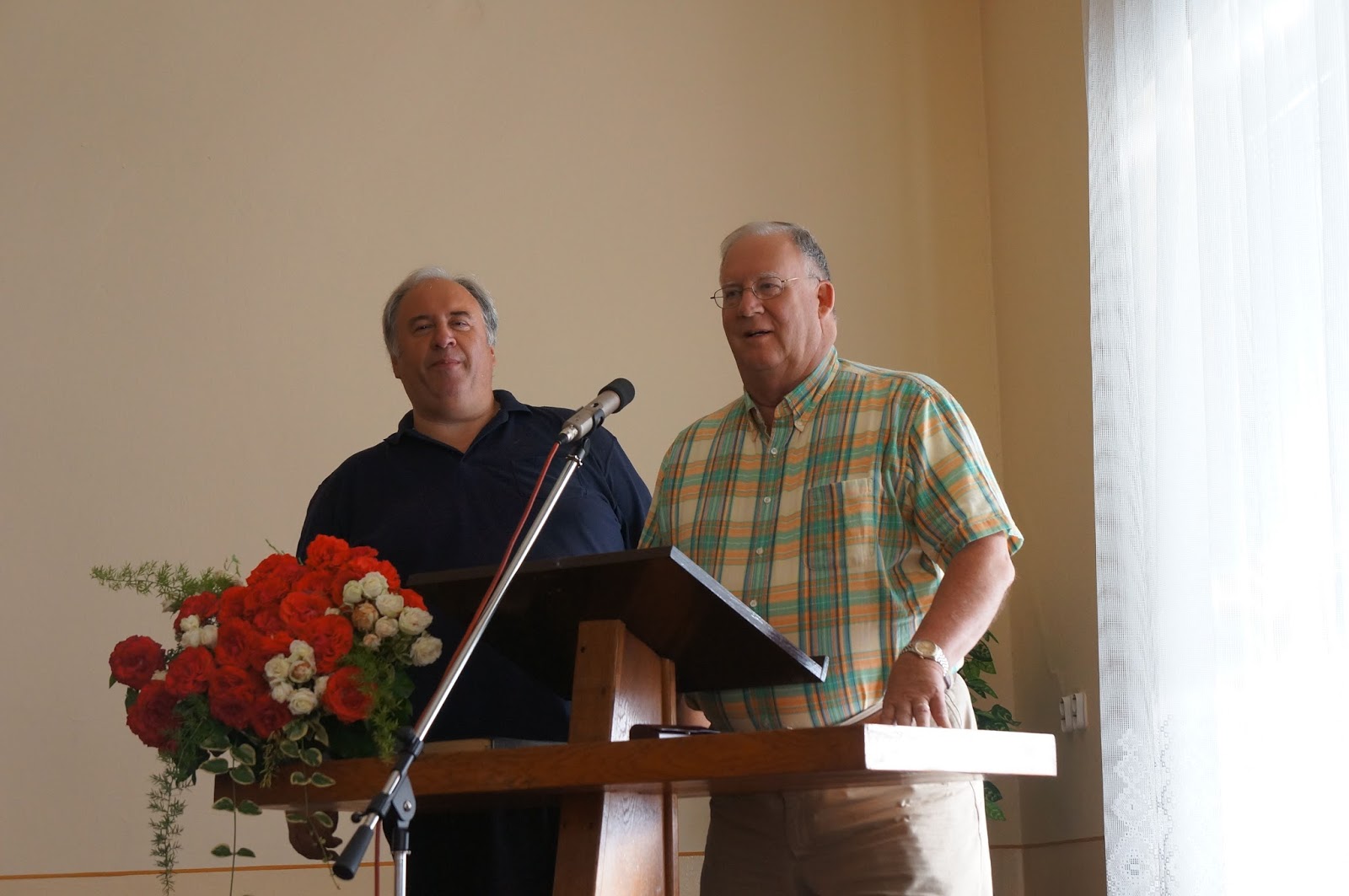 church that night was so refreshing. made us all ready for a few more days of camp. and that was our Wednesday!

I'll be back soon with a post about a certain little boy who was an absolute nightmare, and one of my favorites.
Stay strong. xo, Jennifer published at 12:21 PM No comments:
Labels: slovakia 2013
Newer Posts Older Posts Home
Subscribe to: Posts (Atom)