thoughts on the disciples and on God using us

In Sunday school for the past year or so, we've been studying the book of Luke. We took a break to work our way through "Not a Fan" by Kyle Idleman (more on that book some other time) and to do a couple of separate lessons. So, at this point we are in Luke 9. And I have loved every lesson.

A few weeks ago, our lesson was about when Jesus sent out the disciples. You can read about this in Matthew 10, Mark 6, and Luke 9. Luke 9 says this:

"And He called the twelve together, and gave them power and authority
over all the demons and to heal diseases.
And He sent them out to proclaim the kingdom of God and to perform healing."

The disciples were sent out. They had been in kind of an internship. They had been training under Jesus. Don't know about you, but that would be the most awesome internship of all time. Unfortunately, I don't think that at the time they really got it. But anyway.

Its time for them to go out and see what they can do. Jesus gives them power and authority. He gives them the ability to cast out demons and perform healing. They are to proclaim the kingdom of God. Sounds possible, right?

There were a few conditions, though. Here's what Jesus said:
"Take nothing for your journey, neither a staff, nor a bag, nor
bread, nor money; and do not even have two tunics apiece. Whatever house
you enter, stay there until you leave that city. And as for those who do
not receive you, as you go out from that city, shake the dust of
your feet as a testimony against them."

They were going out. And they could take absolutely nothing with them. They couldn't take money or food; they weren't allowed to take a bag, or some extra clothes or even a walking stick. They had to completely trust the people they were ministering to for the things they would need. Sounds a little risky to me. I can just hear them thinking, "Dang, are we gonna be hungry? And how the heck are we going to cast out demons???!"

Not only were they having to totally let go, and trust that they would be taken care of, but they had to be on their guard. Jesus told them:
"Behold, I send you out as sheep in the midst of wolves;
be as shrewd as serpents and innocent as doves."

They were about to face some serious persecution for the first time. Up to this point, all the darts had been pointed as Jesus, but now, they weren't going to be able to hide behind Him. They were going to be on their own.

Remember this: these weren't well-spoken lawyers. These men were fisherman, tax collectors, and there was even a zealot in the group. Which leads me to a super quick side note: (rabbit trails, we call them in Sunday school. : )

Simon was a zealot. He is called that in the Gospels. He was one of the 12 men that followed Jesus around. Zealots were men who believed that the Messiah would come as a conquering hero and overthrow Rome with the sword. Then Jesus came. That is why most of the Jews didn't believe Him to really be the Messiah, because He wasn't coming as a king to free them of the shackles of Rome. And for one of His followers, He chose one of them. It makes me wonder what Simon originally thought of Jesus and how he felt when he found out that Jesus wasn't going to take Rome out. But back to the original thought...that being that...

these men weren't known for their eloquence. Peter usually spoke before he thought. John and James fought about sitting at the right and left hand of Jesus in Heaven. Matthew was a tax collector. (He probably wasn't looked upon with favor). Nathanael was known for his honesty. These men (and the others) were sent out to proclaim the kingdom of God.

Are you wondering what the whole point of this post is? Well, here it is:

It's not all sunshine and roses. Following Him is tough. It gets hard. He lets us know that. He didn't beat around the bush. He told us we would be hated by men for His name.

But...would you rather men hate you, or God be disappointed that you didn't let Him use you?

As for me, I think I know what I'm going to choose.

I mean, if I had to be single on Valentine's Day...

at least I've got this: 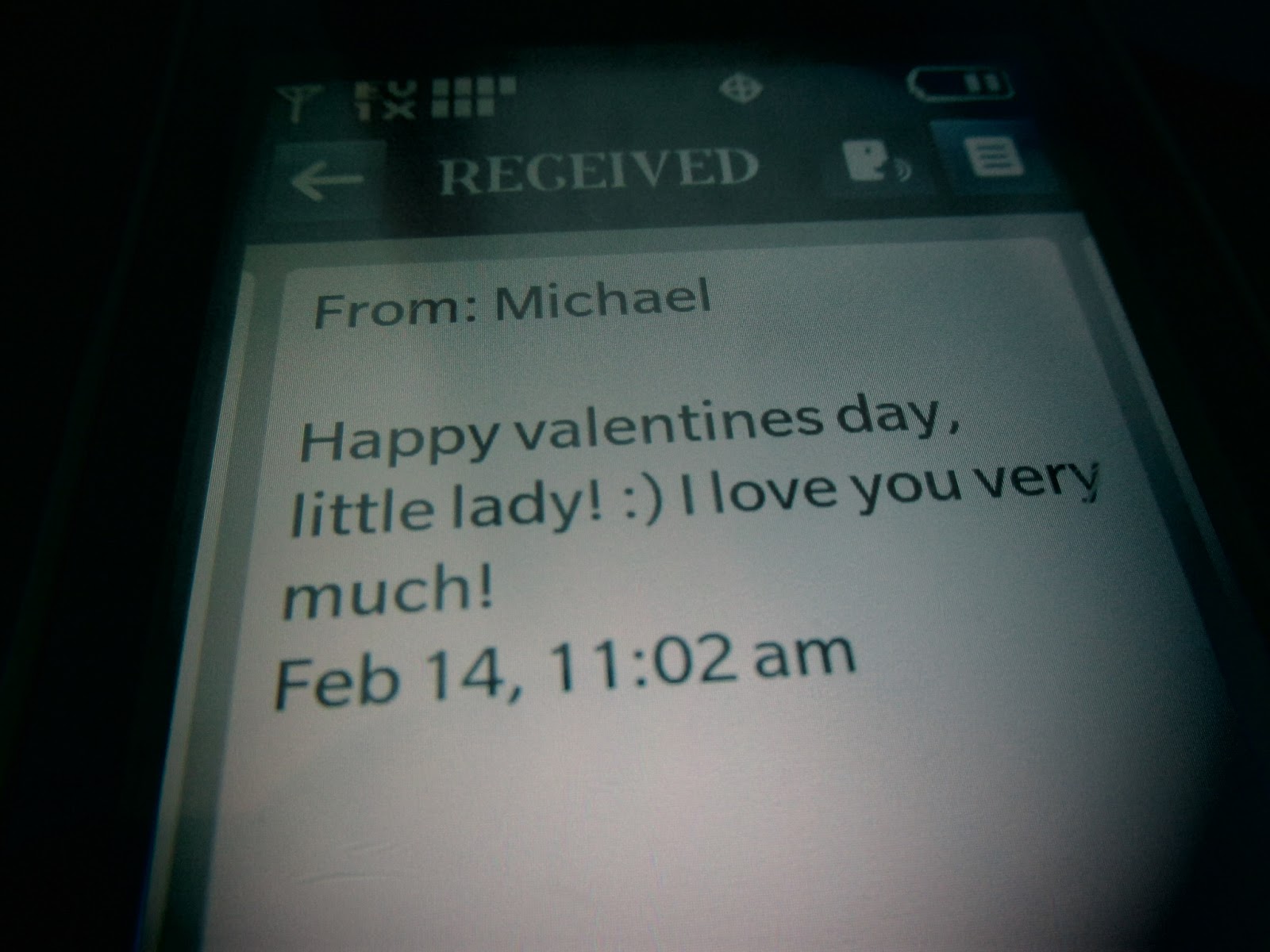 heck. who needs a boyfriend? I have brothers. : )
Stay strong. xo, Jennifer published at 3:47 PM 2 comments:

I need to vlog.

I've been asked to.

My sweet friend, L, asked me (or rather told me I should) a while back.

As did my other sweet friend, Erin.

that is where you come in.

I don't want to sit and video myself talking randomly.

So...why don't you be the bee's knees and ask me some questions in the comments that I can answer in my vlog. We'll go Q&A vlog style.

Hi, guys! (and...gals... :) I can now officially be labeled "worst blogger ever". I know, I know, you missed me. I'm sorry. *sigh* Look, I'm suffering from this stupid thing called writer's block, and eventually, it will go away. Eventually. Hopefully. (Now I'm getting worried). Anyway.

Because I don't want you to think I've completely forgotten about this poor old blog of mine. I definitely haven't! (Besides, Mom pointed out the date of my last post to me. Talk about a slap in the face! :) Love you, Mom!)

You're probably wondering, "well, if she hasn't been blogging, what the heck has she been doing?" Good question. Here's some answers:

I have recently been:

So I haven't just been sitting around doing nothing!! :) And I have actually started writing some. I will be sharing more soon, promise. And if you beg and plead, I might even vlog a little. (Can't believe I just said that...) Anyway. I'll see you soon! Have a very happy weekend, friends!!